One of the most important component of how the IRS analyzes you personally during an audit is your lifestyle. Living beyond your means tells the IRS that you have been under-reporting your income. Lets take a look first of how the whole thing starts.

The IRS computer is to blame for most audits. Each year, your tax return data is sent to the IRS National Computer Center where it is analyzed by a computer program called the Discriminant Function. Your tax return is given a numerical DIF score—the higher the score, the more audit potential the return has
Living Beyond Your Means

The DIF program is super secret—few people even in the IRS know how it works or why a return is given a particular score. Outsiders guess that hundreds of variables on a return are weighed by the IRS computer. One known variable is called “total positive income,” which means everything you took in from your services and investments, before any deductions or exemptions. If this number is over $100,000, your chances of an audit double (roughly). If you earn more than $1 million, your audit rate is nearly 10%. The key variable is believed to be the percentage of deductions and number of exemptions claimed.

The IRS has a second computer scoring program to catch people not reporting all of their income. This is a slightly different approach from the DIF program, which relies heavily on deductions and exemptions claimed. This program is called the Unreported Income Discriminate Information Function (UIDIF). It scores individuals based on a high-expense/low-income ratio. In plain English, the tax man is looking for folks who look like they are living beyond their means.

For instance, you and your spouse report income from your jobs of $40,000 and you claim mortgage interest and real estate taxes of $35,000. Even assuming that you didn’t owe any taxes that year, it would be tough to live on $5,000—so the IRS believes. Of course some people have down income years and simply borrow or dip into savings to get by. These explanations can always be made to an auditor, if necessary.

One in ten tax returns—those with the highest computer scores—are initially selected for further review. IRS classifiers (human beings) then look at this batch and recommend approximately 10% for audit.

The final say-so on who gets audited face-to-face is made at local IRS offices by examination group managers. These people supervise and assign the auditors, often according to their experience and expertise. Managers decide whether you will be audited at the IRS office or will get the more rigorous field audit.

IRS field offices have their own audit-screening selection process which takes into account income and expense levels in their communities—for instance, people are more likely to claim car expenses for business in Los Angeles than Manhattan. Group managers select less than 10% of the returns received from the IRS classifiers—the 10% of all tax returns—to be audited. Historically, the net result is that only about ¾ of 1% of all returns are actually audited.

The IRS targets some people for financial status audits. These are special techniques to detect unreported income, including the UIDIF computer scoring program described above in “Computers and Classifiers.” The IRS looks to whether the income on the tax return supports the financial condition of the taxpayer. The IRS is looking for “economic reality” by approximating expenses for personal assets and living expenses. You might have to explain how you eat at the Ritz on a fast-food salary.

How the IRS Investigates Your lifestyle

You can understand the IRS’s focus on lifestyle audits by looking at the IRS training materials for auditors. They look at the following lifestyle-related issues.

The standard of living of a taxpayer:

The accumulated wealth of a taxpayer:

The economic history of a taxpayer:

Other nontaxable sources of funds:

Living Beyond Your Means 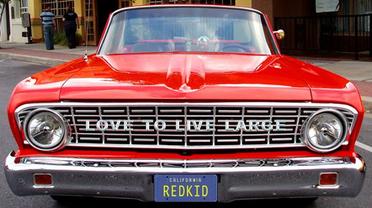