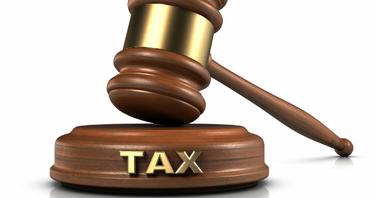 If you came out on the losing end of an audit and took your case to appeals, you may have been accorded some relief from the tax adjustments, interest and penalties that were assessed by the auditor. But if the appeals officer didn't agree with your position either, or only reduced your assessment by a small amount, you still have further recourse available to you in court.

Although there are other federal courts that you can use, the U.S. Tax Court should probably be your first option. This review examines this special court and the role it plays in giving taxpayers a fair hearing.

Branches of the U.S. Tax Court are usually located in the federal building of the largest city in each state. In many states, monthly hearings are held year round except during the summer, though this may not be the case in states those with low populations, where hearings may only be conducted for a few weeks each year. There is no jury in tax court, only a judge. Tax court judges are appointed by the President for 15-year terms. Most of these candidates are lawyers, and usually have either an IRS background or prior experience in private tax law. The tax court is totally separate from the IRS and gives taxpayers as impartial a hearing as is possible. It is divided into two branches: Small Tax Cases (S cases) for amounts of less than $50,000 for any single tax year and Regular Tax Cases for larger amounts.

Similar to the appeals process, taxpayers who sue the IRS in U.S. Tax Court can expect a very high probability of at least partial success. It may be surprising to learn that over 90% of tax court cases reach a settlement before even going to trial. This is because the IRS knows that taxpayers who take this route are very serious about getting their assessments reduced or eliminated using any legal means possible, and it doesn't want to take a chance on losing further revenue in court than is forfeited via settlement. Furthermore, many taxpayers who petition for tax court don't even need a lawyer, as presenting a case in tax court is not particularly difficult.

It is also not necessary to go through the appeals process before choosing this option, although most tax advisers will recommend that you do so. As with the appeals process, petitioning for tax court buys you time to make payment plans on your assessment. One of the greatest advantages of tax court is the fact that you aren't required to pay the tax you were assessed before going to court; all other U.S. courts will require you to do this. In fact, you cannot take your case to tax court if you have already paid the IRS.

One of the biggest drawbacks to tax court is the wait time. In most cases, at least six months will elapse between the time you file your petition and when you are finally called for trial. Small cases often take a year to decide, and regular cases can take much longer. Interest also continues to accrue upon your unpaid tax balance during the proceedings. However, you can stop the interest accrual before going to tax court by making a payment and labeling it as a deposit.

The majority of taxpayers who take the IRS to court qualify for S case proceedings. If you have been issued an IRS 90-Day Letter, you have 90 days from the date on the Notice of Deficiency to respond (150 days if you are out of the country when the letter arrives) by petitioning for small tax court. You can download the forms and instructions (Election of Small Tax Case Procedures and Preparation of Petitions) from the U.S. Tax Court website at www.usataxcourt.gov. A $60 filing fee is also required - the only court cost that you will have to pay for the entire process. Complete the forms as instructed and make three copies of them: one for yourself and the others for the address listed on the website.

Your case will be sent first to the Office of Appeals. At this point, the IRS may come back with a settlement offer, which you can accept or reject. After you have submitted your petition, you will receive three forms in the mail: A Notice of Trial, a Standing Pre-Trial Order and a Trial Memorandum, which you must complete and return at least 15 days before the trial begins. If your case makes it to trial, an IRS attorney may request a meeting, where you will discuss the case and agree upon certain basic facts pertaining to the case. The facts not agreed upon must then be proven before the judge. Take the time in the months before the trial to create a detailed outline of what you want to tell the judge. Obtain all necessary documentation and get your witnesses lined up.

The burden of proof is upon the taxpayer to prove that the IRS is wrong. If you are representing yourself, then you need to prepare an opening statement, testimony, evidence, witnesses, legal authority and a closing statement. If you meet with an IRS attorney before the trial, bring this material with you and show it to him or her, as your effort and organization may prompt the attorney to offer a settlement. At the trial itself, the judge may render a decision immediately after the proceedings, but it is far more likely that you will receive your judgment in the mail a few months later. About 60 days later, the court will mail you a bill for any remaining adjustment amount (plus interest) that you must pay. Unfortunately, there is no appeal for a decision in Small Tax Court.

As with S cases, most regular cases settle before going to trial. The procedures for regular cases are more complex than for S cases, but taxpayers can appeal losing decisions to higher federal courts (in some cases, it is recommended that taxpayers skip Regular Tax Court altogether and proceed directly to the federal court system). Regular cases often require that both the taxpayer and the IRS attorney submit formal legal briefs - a complex and technical document that usually must be written by a tax attorney. If you cannot write this brief or afford to hire someone to do it for you, you can request a bench decision at the end of the trial instead. This does not require briefs, but if the judge rejects your request and you don't have the brief, your case is lost. Another alternative is to request that your case be reclassified as an S case. However, in order to do this, you must waive your right to contest any amount of tax assessed above $50,000.

The last stop in the appeals process for regular case taxpayers is either one of the U.S. District Courts or else the U.S. Court of Federal Claims. These courts can overturn an adverse decision made in tax court, but you must pay the entire balance assessed in your audit before either of these courts will hear your case.

District court requires a lawyer while claims court is less formal. Legal fees can be astronomical in these courts, but it is also possible (although not common) to convince the court to charge your legal fees to the IRS. If you don't get the decision you want in these courts, then the U.S. Circuit Court of Appeals can hear your case. Unfortunately, statistics indicate that only one in 10 cases is successful. Theoretically, you can appeal your case to the Supreme Court, but your odds of success are very low

These courts may be able to get taxes dismissed that no other courts can. Of course, the taxpayer must file for bankruptcy before the case can be tried here. Taxpayers are advised to think carefully before choosing this option merely as a means of avoiding taxation, as bankruptcy has many far-reaching ramifications.

There are several court venues available for taxpayers seeking to overturn an unfavorable IRS ruling. The U.S. Tax Court is usually the first to receive an appeal, but there are times when other federal courts should be used instead. For more information on tax courts, visit the tax court website: www.ustaxcourt.gov